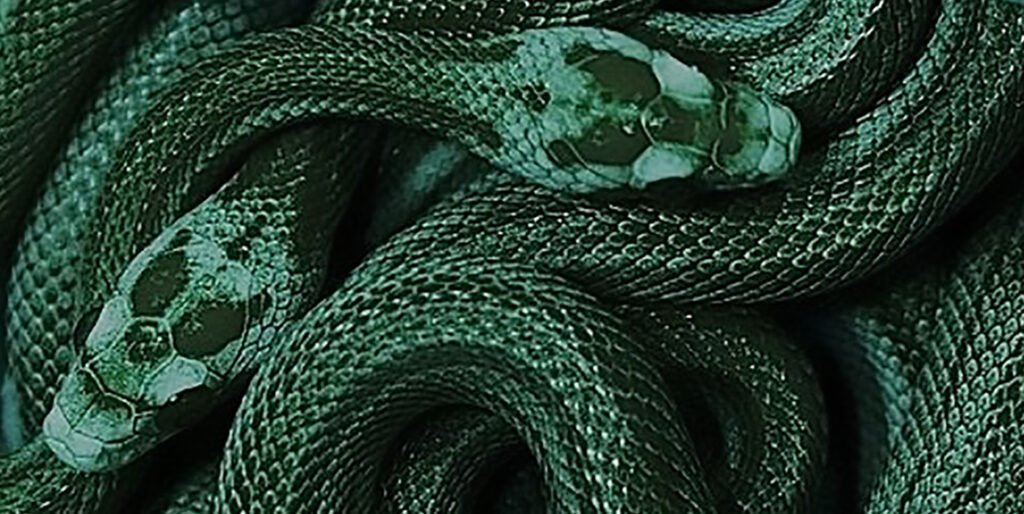 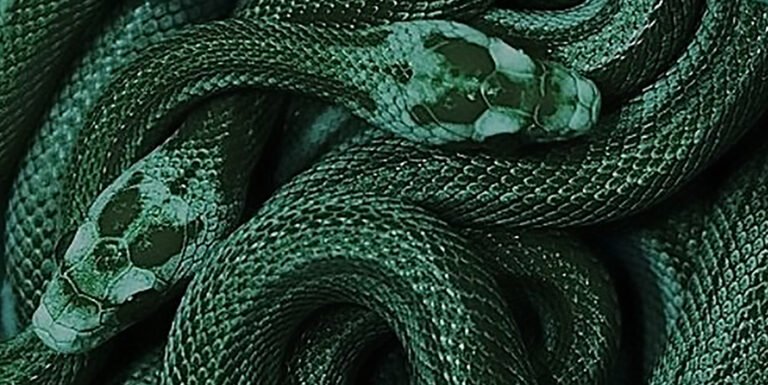 The snake is the universal and most complex of all the symbols embodied in animals, as well as the most common and probably the most ancient of them.

The snake and dragon are often interchangeable, and in the countries of the Far East, no distinction is made between them at all. The symbolism of the snake is multifaceted. It can personify both masculine and feminine energy, life and death, destruction and resurrection.

Snakes represent light and darkness, good and evil, wisdom and blind passion, cure and poison, guardian and destroyer, spiritual and physical rebirth. In almost all Gnostic schools, the serpent was understood either as a symbol of the Upper world, or as a chaotic principle.

This duality of symbolism, forcing people to balance between fear and worship, contributed to the fact that the snake appears sometimes as the progenitor other times as an enemy, or in some cases simultaneously a symbol of good and evil.

Here are some examples of famous snakes, snake-like creatures and symbols: 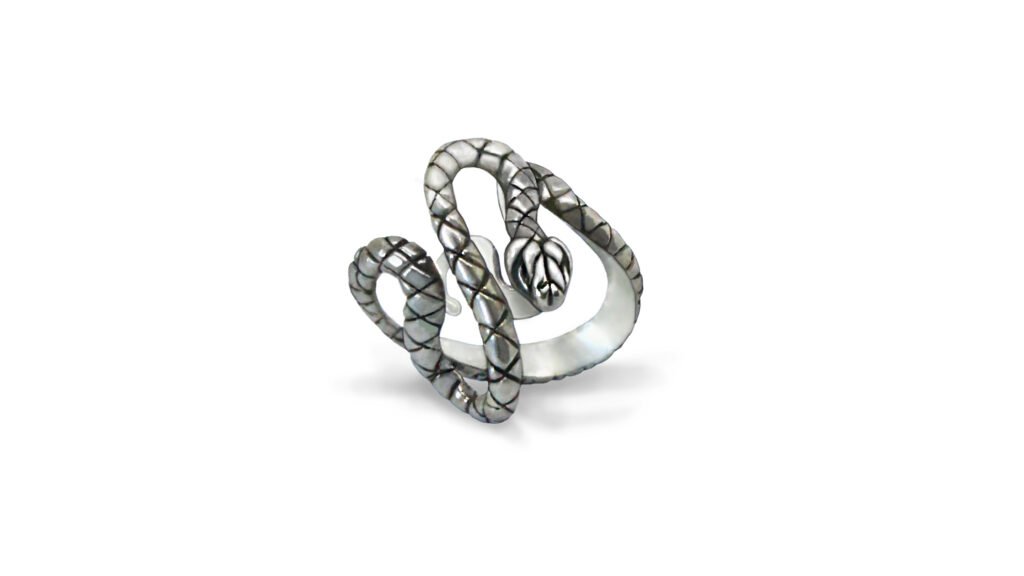 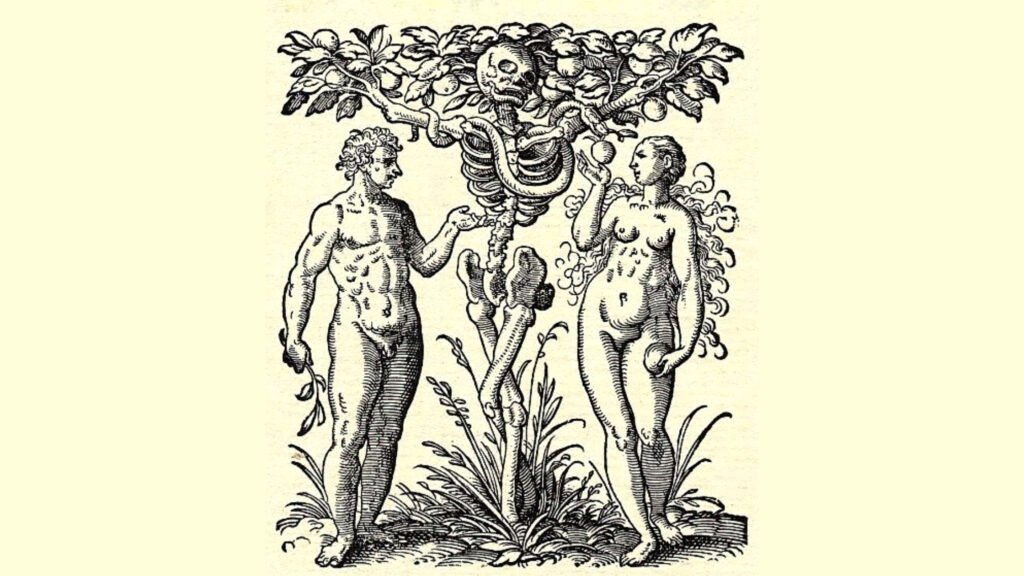 The cunning serpent of the Garden of Eden

In the story of Genesis, the snake is portrayed as a trickster that tempts Eve into stealing from the forbidden fruit tree, telling her that “when you eat from it your eyes will be opened, and you will be like God, knowing good and evil.”  And as we know it didn’t end so well… 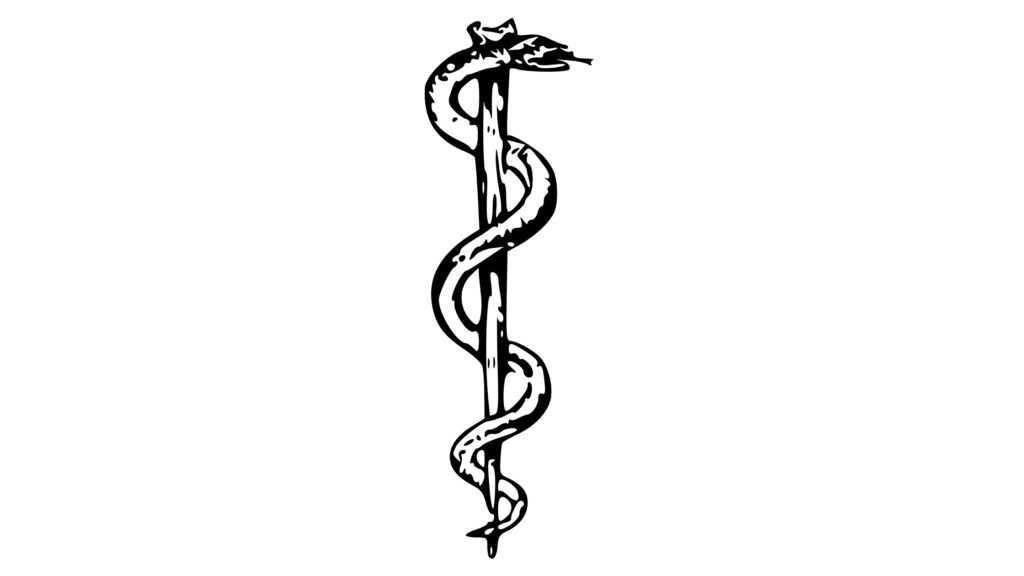 Snakes as a Symbol of Medicine

The Rod of Asclepius (aka The Staff of Asclepius) is a snake-entwined rod, said to be wielded by Asclepius, the Greek god associated with healing and medicine.

*do not confuse it with the famous staff of the god Hermes (or Mercury), the caduceus.

Why the snake is often used as a symbol of healing? This is partly due to the ancient belief that the snake sheds its skin to regain youth and guards the secret of eternal life.

Medusa (the most famous of the Gorgons)

In Greek mythology, the fearsome Medusa had living venomous snakes on her head instead of hair and turned anyone who looked at her to stone.

Dangerous and powerful Medusa is often seen as a protective symbol due to her ability to destroy her enemies. 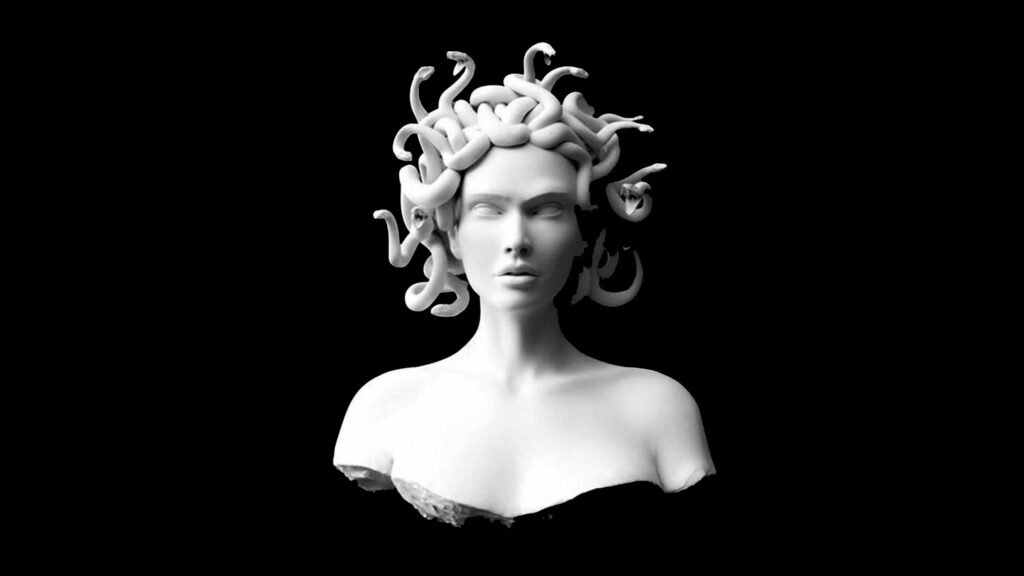 The Lernaean Hydra was a snakelike water monster with many heads. For every head chopped off, the Hydra would regrow two serpent heads. Was slayed by Heracles (aka Hercules) as part of his Twelve Labors. 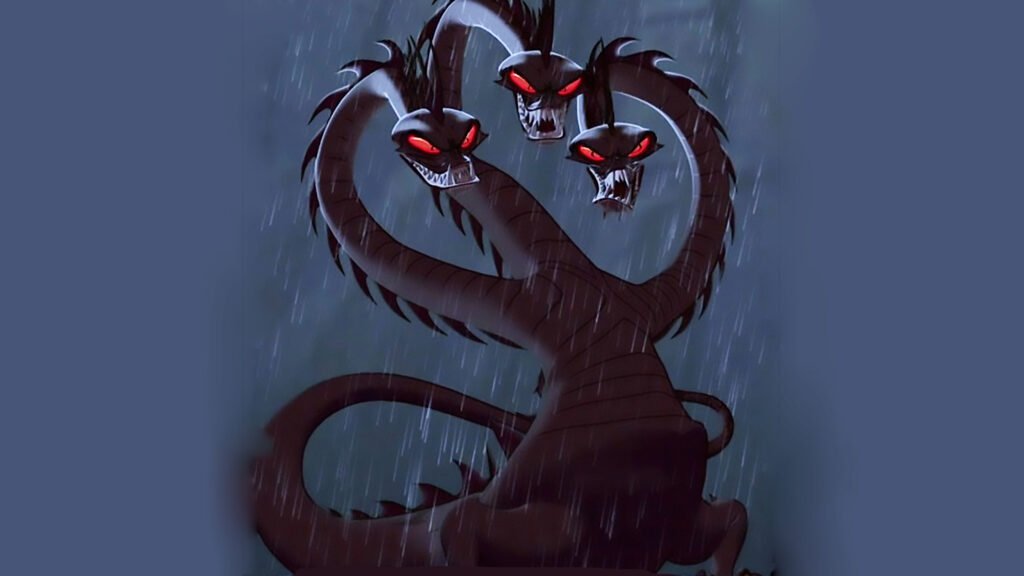 In Norse mythology Jormungand, is a powerful sea serpent and the middle child of the god Loki. The serpent grew in the sea until his body encircled all of Midgard, and he was able to grasp his own tail in his mouth. When it releases its tail, Ragnarök (the end of the world) will begin. 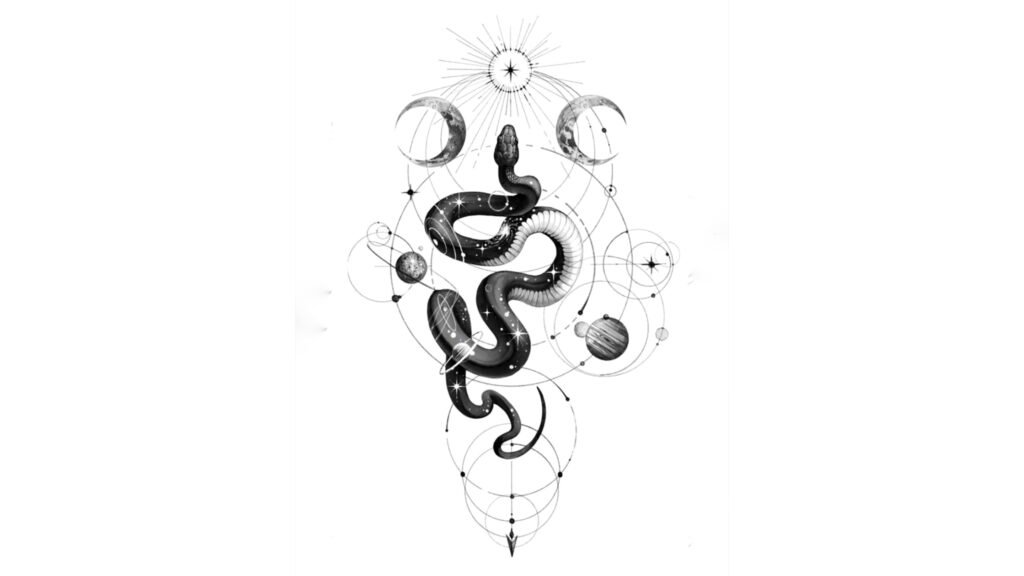 An example of a positive symbolism of a snake is the concept of kundalini, which in tantric tradition is represented by thr serpent.

Kundalini energy is called “serpentine power”, it is a symbol of inner strength, psychic energy, it represents our infinite potential of being. This energy lies dormant at the base of the spine, until it is awakened. It is sometimes depicted as a coiled snake with heads at both ends.

Ouroboros is a serpent represented with its tail in its mouth, continually devouring itself and being reborn from itself. The oldest-known ouroboros appeared in ancient Egypt ”it refers to the mystery of cyclical time, which flows back into itself”. 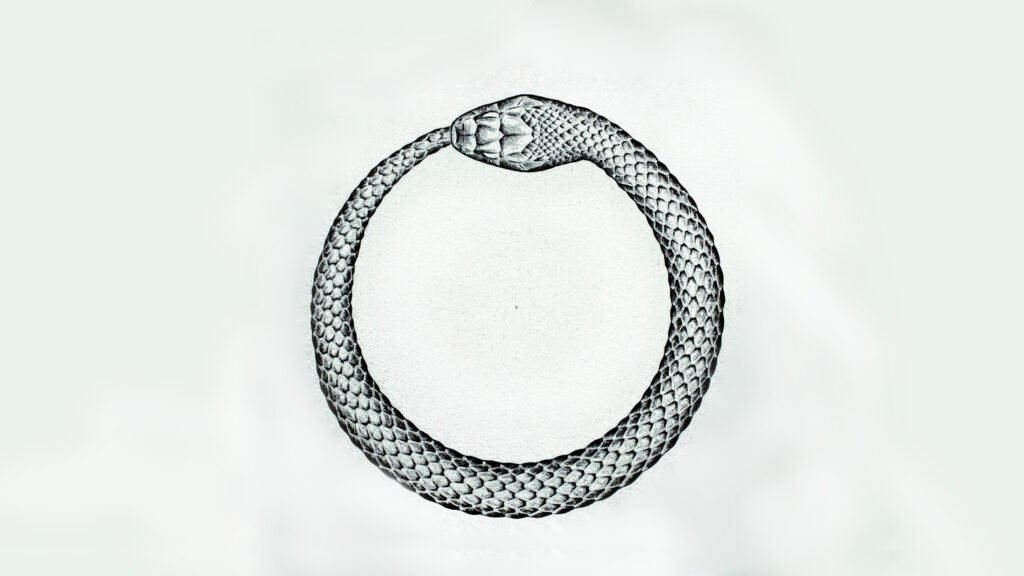 Quetzalcoatl, or “Feathered Serpent” (mix of bird and rattlesnake), was an ancient Mesoamerican deity. The god of wind and rain, as well as learning, agriculture and science, also associated with the morning star, Quetzalcóatl was the creator of the world and humanity. Also, according to the legend he discovered and introduced corn to the Aztecs.

The Uraeus is a symbol for the goddess Wadjet. She is a very ancient deity of lower Egypt,  the serpent goddess, a mother-figure to kings. The most common Egyptian snake symbol was the Uraeus (the hooded cobra, usually depicted raised up and ready to strike). It appeared on the Pharaoh’s crown and became his sign of sovereignty. So the raised cobra meant protection against disorder and it was also a symbol of divine authority. 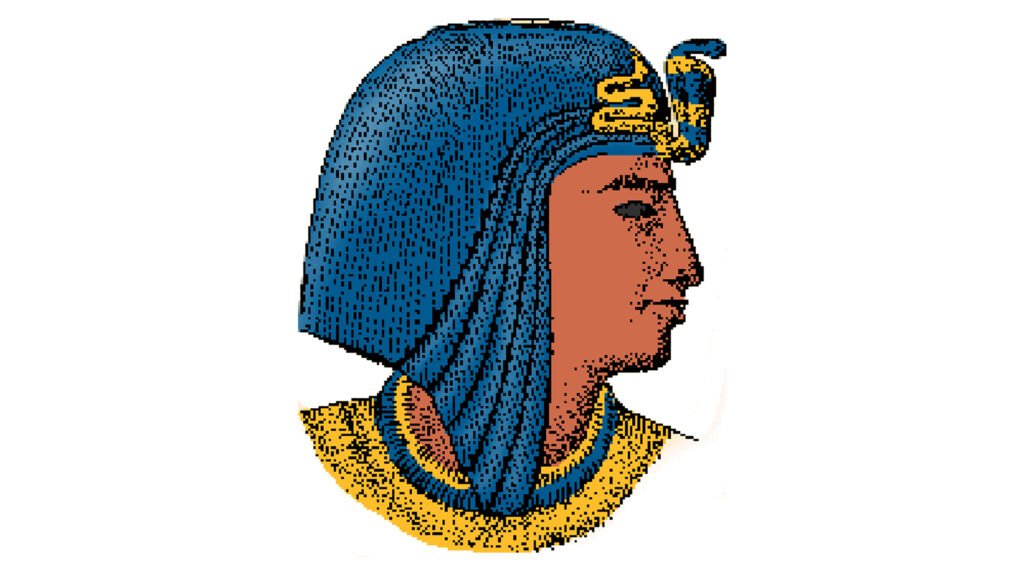 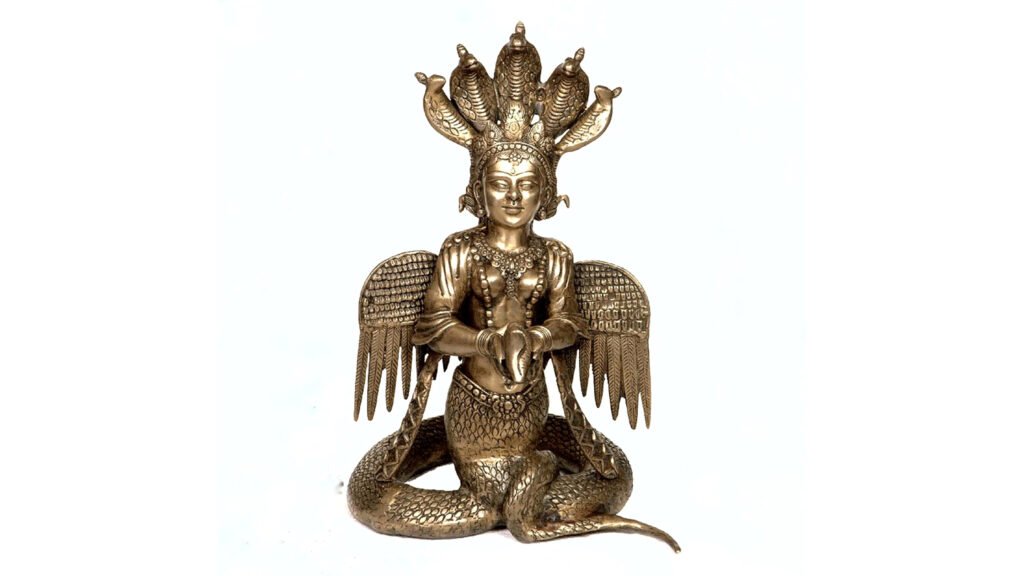 The Nagas is a race of large serpentine creatures that can often be found in the mythologies of Hinduism and Buddhism. They are described as powerful, splendid, wonderful and proud semi divine creatures. Nagas are potentially dangerous but often beneficial to humans.

Perhaps the most famous naga in the Hindu tradition is Shesha, who is often portrayed along with Vishnu. Their domain is in the enchanted underworld called Naga-loka filled with gems, gold and other treasures.

Subscribe to our newsletter and get 10% off your next purchase!

Shopping Cart
Cookies & Privacy
We use technologies like cookies to store and/or access device information. We do this to improve browsing experience and to show personalized ads. Consenting to these technologies will allow us to process data such as browsing behavior or unique IDs on this site. Not consenting or withdrawing consent, may adversely affect certain features and functions.
Manage options Manage services Manage vendors Read more about these purposes
View preferences
{title} {title} {title}
Scroll to Top
Scroll to Top